The proceedings of ICoEV 2017 are already published in MATEC WoC:

Sofia is the capital and the largest city of Bulgaria. It is located at the foot of Mount Vitosha in the western part of the country. Many of the major universities, cultural institutions, and businesses of Bulgaria are concentrated in Sofia.

Green areas
The city has an extensive green belt. There are four principal parks – Borisova gradina in the city center and the Southern, Western and Northern parks, as well as several other smaller parks.

Culture
Sofia concentrates the cultural life of Bulgaria. There are plenty of opportunities to diversify the evenings or the spare time of the visitors of the city. Best choices are among watching a theatre play (for example in the Ivan Vazov National Theatre), visiting an exhibition in one of the museums or galleries or going to the National Opera and Ballet. More ideas can be found at http://www.programata.bg/?l=2.

Airport
Sofia International Airport is located about 20 - 30 minutes driving distance from the centre of Sofia City depending on traffic conditions.

Metro
The Metro network consists of two lines - Line 1 and Line 2. Tickets can be purchased at the entrance of each metro station.

Public Transport
Sofia Public Transport Network consists of more than 90 bus lines which connect every point of the city and its surroundings, 15 tram lines and 9 electically driven bus lines.

Taxi
Taxi cars are yellow. It is recommended to always check the price with the driver before your trip. 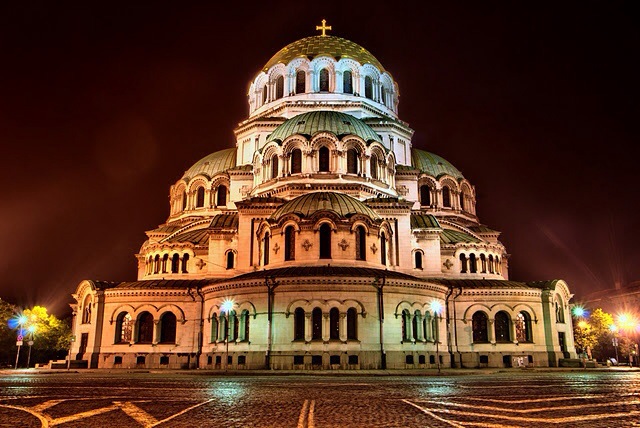